Major Principles and Attributes Of Traditional, and Traditionally-Based Jujutsu Systems 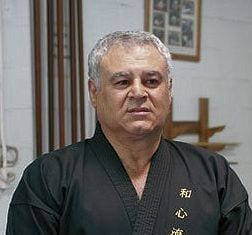 Major Principles and Attributes Of Traditional, and Traditionally-Based Jujutsu Systems

Major principles and attributes of traditional, and traditionally-based jujutsu systems include:

For beginners in search of a jujutsu dojo to study in, I propose the following categorization as indicated below. This categorization  explains  what the different spellings actually mean, and the type of jujutsu/jujitsu/jiu jitsu they practice.

The commonly used term for Western, or Westernized systems that are, to a

greater or lesser degree,  disconnected from genuine Japanese Ways & Practices. Their primary emphasis tends to be mostly self defense, while some also include sport competition.

A term coined in Brazil that refers to Brazilian Jiu Jitsu.  This is mostly a wrestling-type art that incorporates a number of jujitsu skills  and techniques that are legal in sport competition. Primary emphasis is sport competition,  although some Jiu Jitsu systems also include self defense (e.g., Machado Jiu Jitsu).

(i) The activation and application of internal energy (Ki)

(ii)  The use of the Principles of Deception (Damashi)

(iii)  The use of improvisation (Principles of Sokkyo)

(vi)  The development and application of breath power (Principles of Kiai)

(vii) The development of a strong fighting spirit (Principles of Shin)

(viii)  The application of the Principles of Kuzushi, especially to Rikiten (lit. breaking  point).

The term Kuzushi1 actually means to “destroy” or to “pull down”. In the martial arts we use the tem to refer to the process of off-balancing an assailant in order to gain a more advantageous position when applying a technique. The fact is that a person who is off-balanced simply can’t resist, or fight back, as effectively.

There are two ways to apply Kuzushi. The former, which requires the use of muscle, strength, speed and force is associated with External Systems and is often employed by street fighters and sport competitors. This is not a method that I recommend because such an approach relies on strength, as in meeting force with force. Instead, Kuzushi in Internal Systems is achieved using more subtle methods that rely on deception, action and reaction, joining and re-directing of energy,   improvisation on the fly (Sokkyo), and the simultaneous combined application of multiple sources of energy which we call Shuchu Ryoku (focused power).

An aspect of Kuzushi which is not often discussed is the principle of Rikiten (breaking point). Rikiten is often difficult to achieve by using muscle, strength and force because the assailant (Uke, in this case) is often aware of what’s going on and is then able to resist. In External Systems such resistance is often dealt with by forcing Uke into some degree of off-balancing, before applying a technique, such as a throw, to take him/her down. In Internal Systems, however, off-balancing is easier to achieve because Uke is often “tricked” into an off-balanced position. The application of Shuchu Ryoku then takes Uke to Rikiten, and the final technique simply overwhelms him with the application of multiple sources of energy.

Of note is the fact that by 1882 Jigoro Kano’s early Judo and Morihei Ueshiba’s Aikido (developed mostly from Daito Ryu Aiki Jujutsu in the early 1920s), were among the first Japanese arts to reflect such a transition from Bujutsu to Budo, and the incorporation of key Internal Principles.

Both educational,  social  and especially political considerations made such a shift (from Bujutsu to Budo,  that is) a necessity during this period in the latter part of the 19th century,  and systems that accomplished this transition successfully were able to survive and grow. However, many Koryu Bujutsu Systems (old battlefield combat arts) failed to adapt, and either faded away or “retreated” to obscurity in small family dojos around Japan.

The traditions and techniques embodied in such Koryu Bujutsu Systems (and some Budo systems as well) are celebrated in Japan today in annually-held festivals and battle recreations. Such festivals keep alive and help promote many of the old fighting ways of Japan.

1 Internal Systems also employ various psychological techniques to deceive the assailant/enemy before setting them up for attacks and counter-attacks. These are discussed in greater detail elsewhere by the author in his book, “Jujutsu: Traditions, Ways & Modern Practices” (2017)